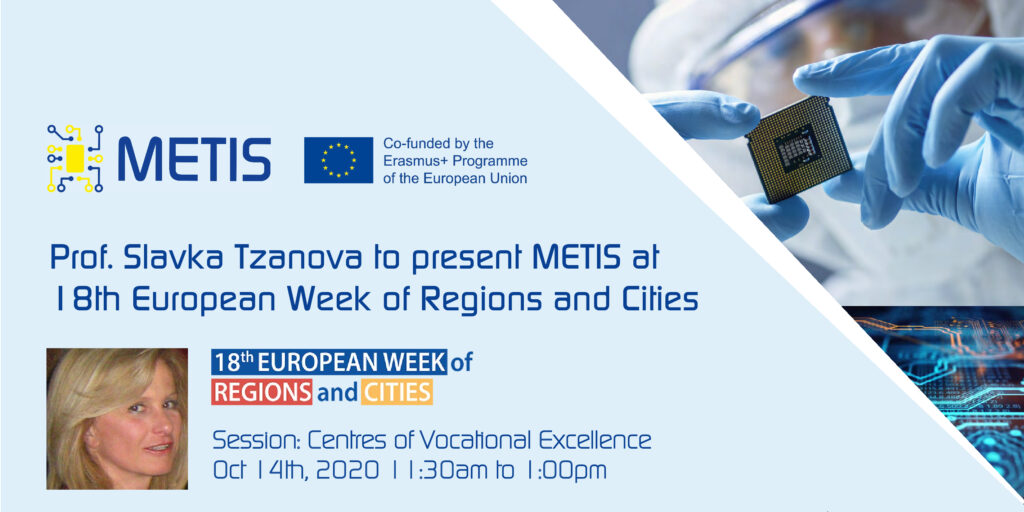 Professor Slavka Tzanova, the WP3 leader of the METIS project and professor in the Department of Microelectronics and the French Language Department of Electrical Engineering at TU-Sofia, will present the METIS project at one of the virtual sessions “Centres of Vocational Excellence” on 14th October from 11:30 to 13:00 during the 18th European Week of Regions and Cities.